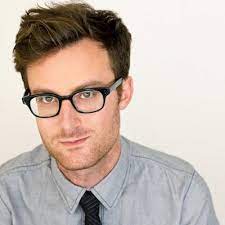 Todd Fasen has been performing since his days in preschool when he was cast as the role of Max in his preschool graduation production of Where The Wild Things Are. In 2000 he began improvising as a member of the Vassar College improv troupe boringly named Improv. Todd studied improv at both UCBTLA and IO West. He currently performs weekly at UCBTLA with the house teams Convoy and Sentimental Lady. He is a teacher at UCBTLA as well as a member of the UCB Tour Co. Todd had a recurring role on the critically acclaimed FX SeriesTerriers, and co-created and starred in a pilot for Comedy Central. He has also appeared on Reno 911!, Conan, Key & Peele, and in various national commercials. Other UCBTLA credits include Thirty:30, Comedy Death-Ray, CDR Sketch, Quick and Funny Musicals, and Sketch Cram.