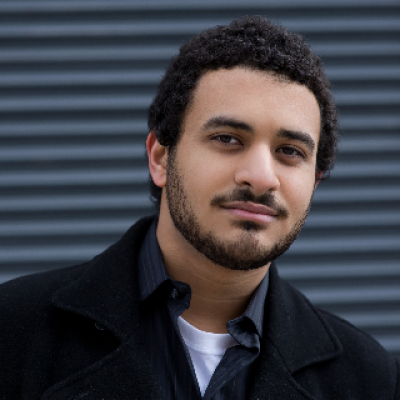 Niccolo Aeed is a black/palestinian comedian, writer and director based in New York. He is half the comedy duo Marina & Nicco. Their recent plays include Room 4 (The PIT) Unpacking: A Ghost Story Told in the Dark (HERE Arts Center) and If You Do This Right You'll Probably Break Their Chest (Ars Nova). Their pilot Smuchr won best comedy at the 2018 New York Television Festival. His work has been featured on The New Yorker, Comedy Central, Funny or Die and The Moth Podcast. He is a resident writer of The Flea Theater’s Serials. He teaches sketch comedy at the Upright Citizens Brigade Theater and has directed the Maude teams Foundation, House of Birds and Pretty Boys. He also teaches storytelling with The Moth. For more check out www.MarinaandNicco.com