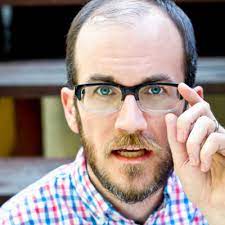 He has written for THE ARRANGEMENT and BROCKMIRE, and has sold pilots to FX and 20th Century Fox. On screen, he has appeared in shows including RENO 911!, PARKS AND RECREATION, KEY & PEELE, BROOKLYN-99, as well as a couple of horror movies and a bunch of silly commercials. He is a Texas native and a graduate from the University of Texas' film program.