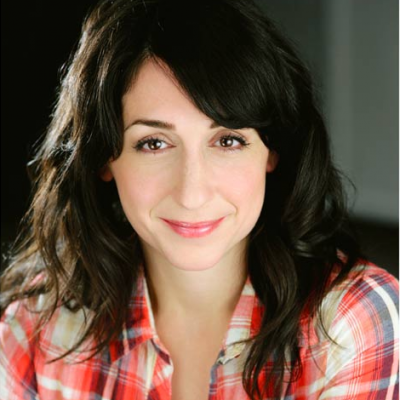 Leslie Meisel is an actor, writer, director, teacher and in college worked at a bowling alley thinking it would be exactly like Grease 2. It wasn't. Was co-host of the monthly show COUPLES SKATE and most recently she was a cast member on the UCB house team CHARACTERS WELCOME (Season 1 & 2) and Winner of the 5th annual NBC/UCB Diversity Showcase. On screen, Leslie can be seen on the new NBC show RISE, Difficult People, Broad City, Netflix’s The Characters, and the feature film Bachelorette (w/Rebel Wilson & Kirsten Dunst). As a director, she has worked on many shows at the UCB Theatre, including AzN Pop!: Live in Concert!, All In Favor, United Federation of Teachers with Natasha Vaynblatt (IFC, Funny or Die, McSweeney’s), co-directed Stone Cold Fox: Sexy Idiots with Aaron Burdette, (Man Seeking Woman, The Onion), several Maude sketch teams, co-director/writer of He Said She Said with Kate Riley-Zelensky (MTV, Two Guys Named Josh) and worked with Bridge & Tunnel‘s staged show for Montreal’s Just For Laughs Festival. Other staged shows at UCB: BOB ODENKIRK and UCB PALS: A LOAD OF HOOEY, Oh My God I Heard You're Dying!, The Unbreakable Gun, Thunder Gulch Presents MNL: Monsters Night Live and she performed in LOVE CAN SUCK A D**K...AND SO CAN I! A show that was co-created by Leslie and Megan Neuringer (written by Megan with Material/Characters by Leslie) all about how much love sucks a big 'ol dong which played to sold out shows at UCBLA and had a year long run at UCBNY. website: www.lesliemeisel.com