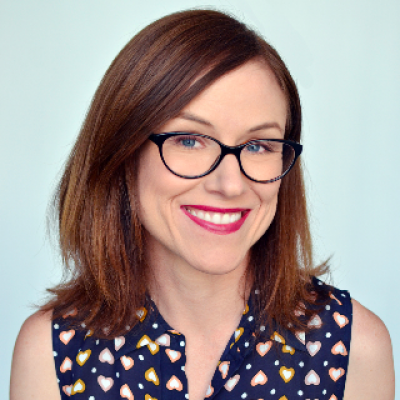 Kerry McGuire is a comedy writer and performer (writer first!), who is currently based in Los Angeles. She recently wrote for the game show I Want My Phone Back, which was produced by Big Breakfast and will be released on Watchable. She previously wrote for the Go90 series Fatal Decision, Beverly Hills Live on 9021-Go, and Story Notes on AMC, among other projects. Currently at UCB, she hosts at produces the monthly variety show Debutante's Ball and writes for the Maude team Baseball. She previously wrote for Maude teams (212), Thunder Gulch, Charlemagne, and more. She also wrote for the UCB Digital Sketch teams Sancho, and the topical sketch team Pocketwatch. You can find more of her comic writing on Reductress.com and in other various holes around the internet. Look for her upcoming projects, the podcast How the F*ck Do You Live? and her upcoming one-woman show Songs About Butts. She used to have a driver's license that spelled her name "Kerny McGurnie," and it's sorta cute so she'll also answer to that.