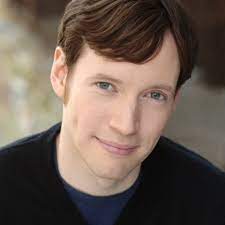 John Murray started studying with the UCB in 2004. He currently is a member of the UCB House Team GOAT. In 2013 Esquire Magazine named John "Comedy's Next Almost Star". John has appeared in numerous web videos for the likes of Above Average, Funny Or Die and UCBComedy. He is the co-creator of the IFC Comedy Crib series "John & Geoff Are Married". John has appeared on NBC's 30 Rock, The Daily Show with Jon Stewart, The Cooking Channel and many television commercials. He is also the co-host of "Low Standards" which Time Out NY listed as one of "NYC Best Screening With Benefits". John happily lives in Brooklyn with his wife and kids. He's pumped to be performing at UCB. For more info check out John's website: thejohnmurray.com