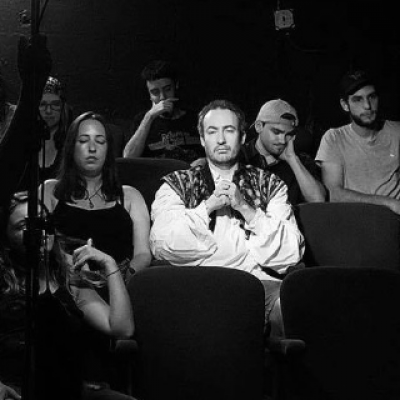 Brandon has been at UCB since October 2006. He has studied under Chris Kula, Matt Besser, and Michael Delaney. He has been a member of the UCB house teams Choking Victim, 27 Kidneys, mixtape '98 and Gramp's. He was a member of the sketch groups Black Habanero and Bobby Chicago. He has also written for UCBcomedy, College Humor, and Above Average and written and directed the feature films Fear Town, USA and The Slashening as well as the upcoming Slashening 2 and Troma's The Tempest.

Brandon is an Inny Award winner, a 3 time ECNY Award loser, and also won some sort of award at Seattle SketchFest.