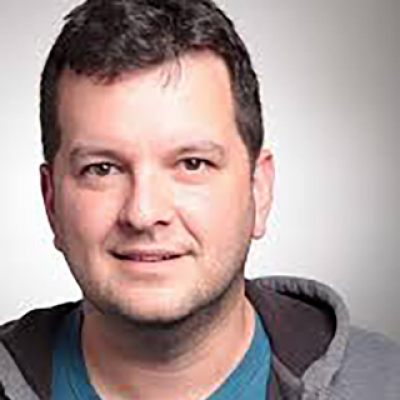 Ari Voukydis has been performing with the Upright Citizens Brigade Theatre since before you were born, and has been teaching there for over 15 years. An award-winning writer of funny things, Ari has performed thousands of hours of comedy, some of it good, from LA to London. He has written for Saturday Night Live’s Weekend Update, BuzzFeed, GQ, Esquire, SPY, and Entertainment Weekly and has appeared on Late Night with Conan O’Brien, The Tonight Show, and about a thousand VH-1 pop culture shows like The Best Week Ever and All Access. Ari is one half of the comedy duo Mark & Ari, whose last sketch show, Loft, ran at UCB NY for a year and was a Time Out New York Critic's Pick. Their comedy short "Small World" was directed by John Landis and featured on The Tonight Show. They have produced several comedy shorts and pilots, and have won an award or two for screenwriting. Ari spent 11 years on Harold Night house teams, and has been part of countless shows, including ASSSCAT, Let's Have a Ball, and Wicked F***in' Queeyah, an annual salute to his home town of Boston that he co-created with Amy Poehler and Rob Corddry. Ari lives in Los Angeles with his wife and comedy partner Betsy Stover. When plague stalketh not the land, they co-host "Teacher’s Lounge: The UCB Faculty Show" at UCB Sunset. They have three very loud sons.